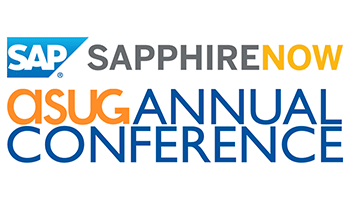 sharing a booth for the first time, PLM partners of SAP such as DSC attracted more visitors than ever

At the SAPPHIRE NOW + ASUG Annual Conference 2017, the PLM partners appeared for the first time as a united group – from May 16–18, 2017 in the Orange County Convenience Center, Orlando (Florida). The companies CENIT, CIDEON, DSC, EPLAN, XPLM and .riess introduced themselves at a shared booth with numerous PLM specialists. Under the motto “Empower R&D with SAP PLM,” they demonstrated to the visitors their MCAD and ECAD interfaces for SAP Engineering Control Center (SAP ECTR), which integrates the leading authoring tools in SAP PLM. The number of visitors was enormous, and the number of potential customers greater than ever before. And all the guests found the right partners for their integration interests. To set the mood for the coordinated fair appearance, the complete stand team had first taken part in an “SAP Partner Enablement” of DSC Software, who developed SAP ECTR.

At DSC alone, the potential customers were able to get information on a large number of topics. On the one hand, the CAD connections SAP ECTR interface to NX and SAP ECTR interface to ECAD. On the other, multi-CAD and mechatronics integration, company-wide product data and document management including viewing, as well as consistent CAD-CAM-DNC processes and manufacturing planning. And of course the many other of SAP ECTR: whether the intuitive user interface, intelligent process support, or the possibility of implementing tailor-made solutions simply, fast, and economically – on the basis of modular standard software. How users in their day-to-day activities can profit from this was demonstrated by DSC on day 3 in its presentation “How to Make Engineers Want SAP.” The live presentation generated a good deal of interest and attracted at least 40 visitors to the demo theater.

Altogether, DSC closed with an entirely pleasing balance for the fair – as did the other PLM partners. The organizers – SAP und ASUG (Americas’ SAP Users’ Group) – also had great reason for satisfaction: this year’s event achieved a visitor increase of around 7.5 percent (20,000 compared with 18,500 last year). But even this result was exceeded by the rise in the number of exhibitors (from 200 to 242), i.e., 21 percent more than 2016.